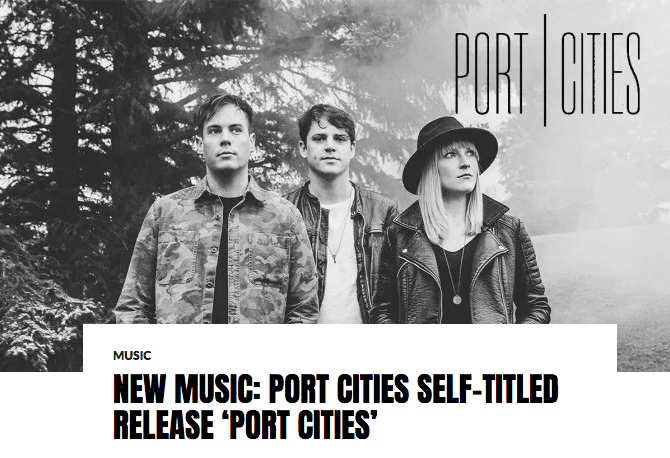 By Andrew Sketchley, The East Mag

After years of building hype with promotional videos, steady performances, and even an international tour, Port Cities have finally released their self-title debut album. A collaboration of acclaimed Nova Scotian singer/songwriters Carleton Stone, Dylan Guthro, and Breagh McKinnon, Port Cities lays out a stunning performance with unapologetically honest lyrics, smooth three-part harmonies, and slick production. Much like their namesake, Port Cities’ sound is a melting pot, a brilliant blend of country, rock, folk, RnB, and pop influences. Having been years in the making, the intense level of polish and finesse put into the album is clear, but the delicately-tuned final product doesn’t betray the band’s authentic sound in the least. 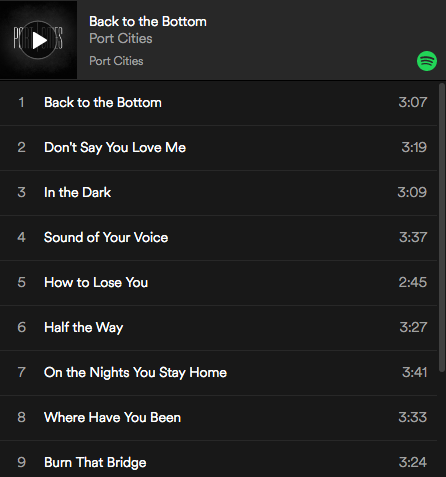 Port Cities opens strong with the pop-country styled ‘Back to the Bottom’, a catchy, upbeat track with gentle harmonies, a steady rhythm, and an almost hypnotic chorus. One of the album’s most outstanding tracks, ‘Back to the Bottom’ is the perfect track to introduce audiences to Port Cities, showcasing the band’s talented vocalists with an immediately charming feel. Following on this powerful start, Port Cities take a shift to harder rock. ‘Don’t Say You Love Me’, hooks immediately with an infectious beat, high energy, and a Maritime feel in its core melody, while ‘In the Dark’ pairs a pulsing bass line with a catchy chorus for a driven, engaging sound

While the album is solid from start to finish, some tracks still stand out as the cream of the crop. ‘How to Lose You’ is a stunning pop-heavy piece with serene harmonies, meaningful lyrics, and a sound that would be at home amongst Top 40 hits, while ‘Half the Way’ is a catchy, rhythmic rock/country hybrid with a solid bass groove and a hook-filled chorus. Another of the album’s prominent songs, ‘On the Nights You Stay Home’ combines charming Nashville sound with Cape Breton mannerisms to tell an upbeat but dark tale of jealousy and paranoia.

Perhaps the most memorable track on the album is its final one, ‘Astronaut’. [READ MORE]