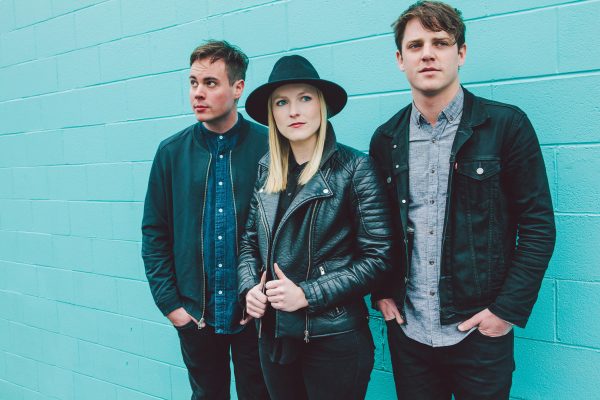 The combination of three young songwriting talents coming into their own creatively isn’t a new idea—the names Crosby, Stills and Nash might come to mind—but it’s still a good one when something remarkable comes out of it.

So it goes with Port Cities, a triumvirate of performers with Cape Breton roots who all blossomed in the hothouse of the Gordie Sampson Songcamp, held every summer in Ingonish. The camp is a draw for young writers in all styles of music, from indie folk to electropop, but it was Dylan Guthro, Breagh Mackinnon and Carleton Stone who locked into a mutual orbit and discovered that three is indeed a magic number.

The proof lies in their self-titled debut CD, which finally gets its launch locally on Thursday at Casino Nova Scotia’s Schooner Showroom, followed by shows at Margaretsville’s Evergreen Theatre on Saturday and Membertou Trade & Convention Centre in Sydney on Sunday. There’s also a Lunenburg Folk Harbour show at the Lunenburg Opera House on Saturday, May 27.

At a retreat populated by the cream of the region’s up-and-coming songwriting talent, overseen by Grammy Award-winning hitmaker Sampson, any number of combinations could have clicked, but there was something about the shared tastes and skills, and just enough contrasting influences, of Guthro, Mackinnon and Stone that made their collaboration stand out.

“One thing was the vocal blend, musically, says Stone, shortly after the trio’s return from a musical expedition to Port of Spain, Trinidad. “We always seemed to be the ones who could best help each other, and we were always learning from each other. Not to mention the fact we all get along super well. That was one of the main things, when we started going on the road together, playing in each other’s bands and doing these little tours as solo artists, we didn’t get on each other’s nerves. Not too badly, anyway.

“Some people you can love to death, but it could be hard to travel with them. But we sorted that out before we ever decided to start the band, and musically we’ve all got our strong suits in different areas, so it never gets boring. So if you never get sick of someone, and never get bored with working with them, it seems like kind of a no-brainer after a while.”

Evolving into a group, as opposed to three solo artists with acclaimed releases of their own, isn’t something that happened overnight. Chemistry takes time to gel, but it was in evidence when Port Cities taped its CBC Play Music session at Joel Plaskett’s New Scotland Yard studio back in February, around the time of the album’s release.

There was a feeling of mutual support between them, and the sense of relief that each of them had someone else to lean on during a set, or make jokes with between songs. There’s certainly an all-for-one-and-one-for-all air about the endeavour that makes writing, recording and touring as a trio seem a lot more attractive than the idea of continuing to carve out a career as solo performers, and the sound of the album is essentially the sound of three friends tripling down on becoming creative partners.

“Making this record, we were aware of what kind of magic we had between the three of us musically, but besides that, we didn’t have a set plan of what things would ultimately sound like when we went into the studio with Gordie,” says Stone, who joined his cohorts at Sampson’s in Nashville to put it together, piece by piece. “We had a few false starts of trying stuff, and some things that didn’t really seem right, and by the time we got into the groove, we were thinking, ‘Yeah, THIS sounds like Port Cities.’

“When we finished the record, it seems like we hit on what we actually are, and what people see when they come to a show. I think it translated really well to the album, and it seems people are getting that from the recording. And we haven’t got a bad review yet … knock on wood.”

Allowing the trio’s own identity to flourish proved to be a process as well. Stone’s contemporary songwriting style has been tempered by his work with producers like Hawksley Workman and Broken Social Scene’s Jason Collett.

Mackinnon’s jazz training lends a more adult sound to her material, while Guthro got his start playing with his dad Bruce Guthro before going on to collaborate with hip-hop artists like Quake Matthews.

They have shared experiences and backgrounds, starting with growing up in Cape Breton, but there’s also some creative push-and-pull from those different interests and influences to keep things interesting.

“We tried to keep the vibe pretty similiar throughout the record,” says Guthro. “And besides our own influences, there’s also Gordie’s input and his choice of players down in Nashville. We just went into it four songs at a time, doing four bed tracks on each trip that we would bring home and mess around with, trying different ideas, and then sending back to Gord to see what he thought.

“Anything we sent back had already passed through all our filters, and would have to be something we were all happy with, so we’d be wondering what his thoughts would be and what he might want to add. By the time we were down in Nashville for the last four tracks, it was pretty much a no-brainer how we were going to make them suit the rest of the record.”

Currently, Port Cities are being heard on commercial radio with the earworm-laden single Back to the Bottom, with the help of a promotional boost from Warner Music Canada, and more recently launched the wistful Mackinnon tune Astronaut with a video filled with adorable childhood clips. [READ MORE]