By Music Musings & Such 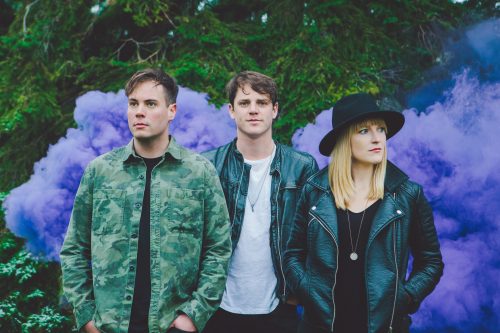 It is great to have the Port Cities guys on my blog.

They chat to me about their new single, Back to the Bottom, and what the tale behind it is. I ask whether there is new material coming and what tour dates they have coming; which U.K. dates (they are playing here in March) they are looking for; whether they are fans of British music – how they all got together in their home province of Novia Scotia.

The trio looks ahead and tell me their aims for 2018; the artists and albums that have made an impression on them; how all the myriad sounds and textures they project come together in their superb music; a new artist definitely worth checking out – how they all like to spend time away from music.

Hi guys, how are you? How has your week been?

We’re great. Been busy working on music and video content all week – and are now en route to Ontario for some shows this weekend.

For those new to your music; can you introduce yourselves, please?

Our band is called Port Cities and we are Dylan Guthro, Carleton Stone and myself, Breagh MacKinnon. We’re all from Cape Breton, a little island on the East Coast of Canada, and we write Pop songs in a Roots-Rock style.

Back to the Bottom is your latest single. Can you reveal its background and inspiration?

Back to the Bottom was written about five years ago when the three of us were still solo artists who collaborated together. The song describes being in a toxic relationship-cycle with someone; realizing there are serious issues but still (always) coming back to them for better or worse.

How did Port Cities come together? Did you all know one another long before you started playing together?

We all met at a co-writing camp for young songwriters in our home province of Nova Scotia. We had all heard each other’s music beforehand – but that was the first time we got to meet and collaborate. From there, the three of us really hit it off personally and creatively and, over the next few years, started playing in one another’s solo projects and writing together more and more frequently.

We did that until early-2015 when we decided to put a name on the project and make it our focus.

It seems your music balances Nashville (where a lot of it is recorded) and Nova Scotia (where you are based). That seems like an eclectic mix! Do you think you take a bit from your local sounds and Nashville’s brimming scene?

Nashville was an amazing city to work on our record. Our producer, Gordie Sampson, is a Grammy award-winning songwriter from our hometown – but has lived and worked in Nashville for the past decade or so. Gordie knew us so well, individually, as solo artists: he was the perfect fit to help us find the ‘Port Cities sound’ and hand-picked some of his favourite studio musicians in Nashville to be the rhythm section on the album. 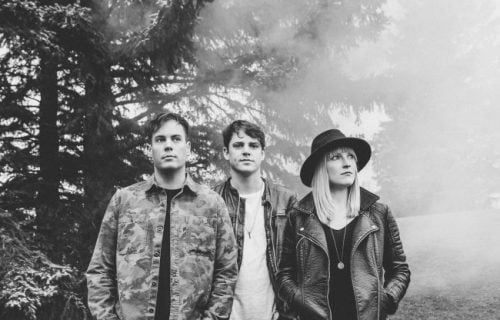 At Nova Scotia Music Week; you scooped five awards (in November). What was your reaction to winning so many awards?! Did you expect to scoop so many?!

We were definitely honored to win!

We were on the road a lot this year, so it meant a lot to be recognized by our peers and feel the love and support from home. I don’t think anyone can really predict how those award things will go, so we were pleasantly surprised when the winners were being announced.[READ MORE]